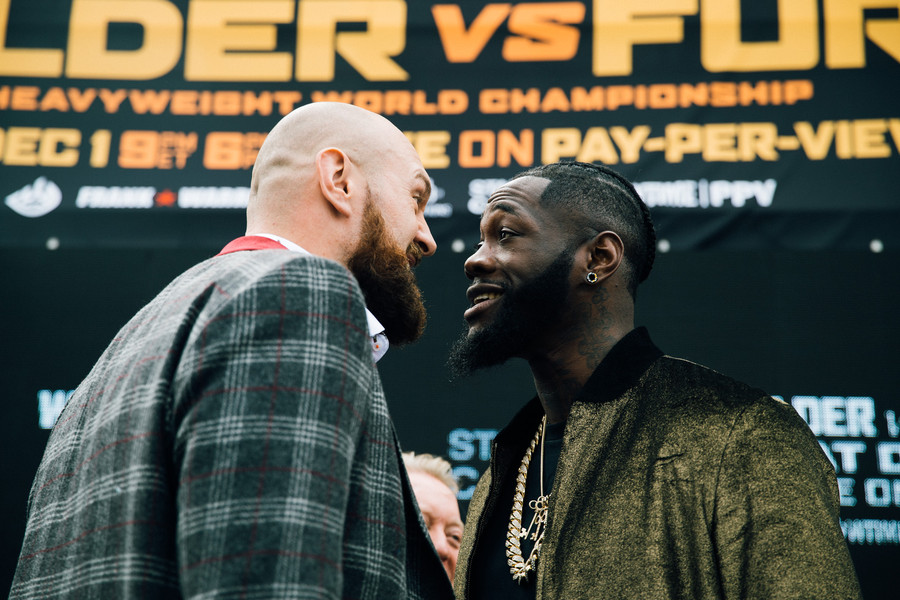 It's the most anticipated heavyweight showdown of the year. On December 1st, WBC titleholder Deontay Wilder (40-0-0, 39 KOs) puts his coveted belt on the line against former champ Tyson Fury (27-0-0, 19 KOs) in a matchup of undefeated heavyweights, live from STAPLES Center in Los Angeles. You can catch all the action live on DIRECTV Pay Per View.

DIRECTV Sports caught up with SHOWTIME analysts Al Bernstein and Paulie Malignaggi before the Shawn Porter vs. Danny Garcia welterweight bout in September, just after the Wilder vs. Fury fight was announced. We asked each expert their thoughts on the matchup.

Whatever the outcome, it will be a clash of true titans. Wilder stands 6′ 7″ and weighs 227 pounds with an 83-inch reach. Fury is even larger, standing 6′ 9″ and weighing 257 with an 85-inch reach. The two amiable giants have exchanged comic repartee during their three-city press tour, but the fighters nearly came to blows at the final press conference on Wednesday in Los Angeles, as Fury stripped to the waist to indicate he was prepared to face his unbeaten foe then and there.