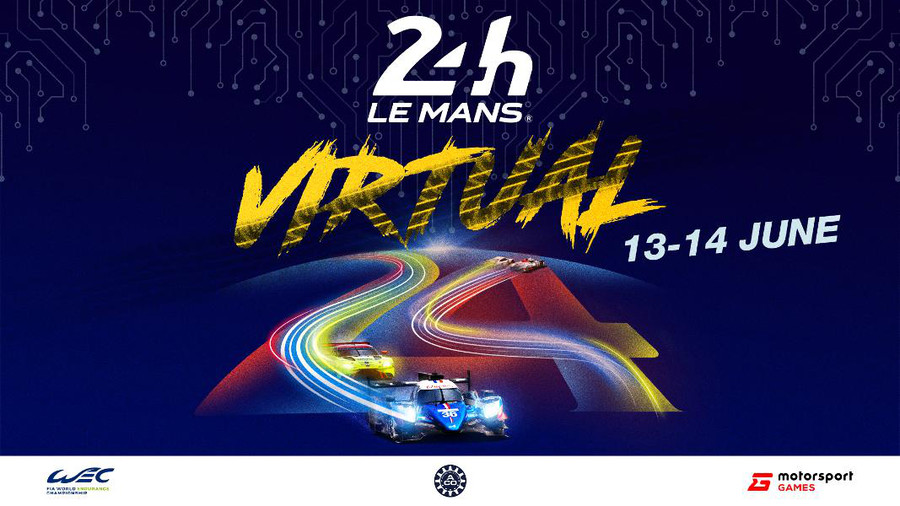 The 24 Hours of Le Mans race is one of the most iconic competitions in motorsport, with drivers competing over 24 hours to be crowned champions of one of the hardest endurance races in the world. However, thanks to coronavirus the race has been postponed until September 2020, and fans are disappointed. But there is a solution, and that is to take the race online and into the world of esports.

On the dates that the real life race was due to take place, June 13-14, the ACO, FIA WEC and Motorsport Games will host 24 Hours of Le Mans Virtual Race, a digital version of the iconic competition that takes place on the rFactor 2 simulation platform.

The race will be a virtual recreation of the real life event, with teams of drivers having to race for 24 hours straight. Teams must be made up of at least two professional drivers and two esports racers, and each one must race for a minimum of four hours.

“This first edition of the 24 Hours of Le Mans Virtual opens a new chapter for our discipline,” said Pierre Fillon, President of the Automobile Club de l’Ouest. “Current circumstances meant that the 88th edition of the 24 Hours of Le Mans will take place on 19/20th September 2020. However, on 13/14th June, the initial date of our event, there will be a unique event augmenting endurance racing and its values: the 24 Hours of Le Mans Virtual, with professional drivers and specialists Esport gamers racing together. For us, the organizers, for our competitors, our partner and our fans, we are now impatiently waiting for the start of this unique race on 13th June.”

“Since the Le Mans Esports Series was launched two years ago, it’s been very satisfying to see it double in size and visibility year on year,” added Gérard Neveu, CEO FIA WEC. “That highlighted to us the huge appetite among the esports community for endurance racing and access to the jewel in the crown of the discipline, the 24 Hours of Le Mans.  This 24 Hours of Le Mans Virtual event is unique in very many ways, not least that it is not part of LMES, but a stand-alone event.  As in real life, it will bring together the crème de la crème of automotive manufacturers, racing teams and drivers plus the world’s best sim racers competing alongside these global names. Truly something for everyone!”

“Motorsport Games is delighted to be extending its relationship with the ACO and WEC to deliver the 24 Hours of Le Mans Virtual,” said Dmitry Kozko, CEO, Motorsport Games. “It is further proof of the trust that motorsports rights holders have in Motorsport Games to deliver world class, genre defining esports. It promises to be a spectacular event bringing together the worlds of real and virtual racing like never before. The 24 Hours of Le Mans is an incredible test of endurance and team work and that will not change for the Virtual race. It will be fascinating to see how the real world racing drivers work hand-in-hand with the esports champions in the same team to get the best out of their race strategy. Everyone brings different skill sets and experiences as well as their huge racing talent. There has already been an incredible level of interest and we cannot wait to reveal more in the coming weeks.”

The competition will be broadcast live from a TV studio in Paris with race commentators and pit reports giving it a real life feel. It will be available on a variety of platforms around the world.

James Allen, President Motorsport Network: “The current pandemic has impacted all of our lives to various degrees, but it has also given sim racing and esports its moment to shine and this event will be the ultimate expression of that. I love the scope of it: The world’s greatest race brought to life on its original scheduled weekend as the world’s greatest esports race. Motorsport Games has become the esports provider of choice to many of racing’s largest rights holders and we are proud to work with the ACO and WEC to support this, not just with our world class Motorsport Games esports operation, but with our entire global media ecosystem.”

This article was written by Mike Stubbs from Forbes and was legally licensed through the NewsCred publisher network. Please direct all licensing questions to legal@newscred.com.