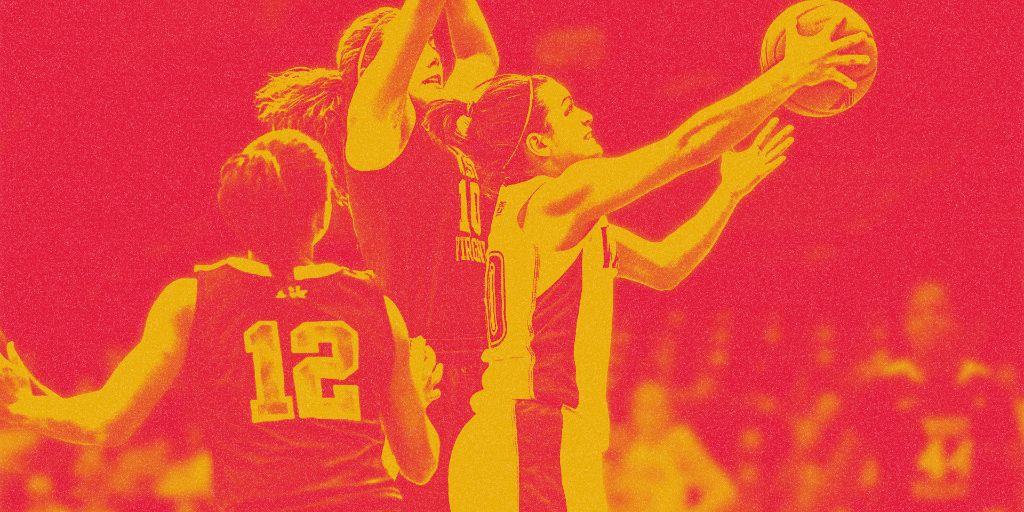 After Tuesday night's win over the Atlanta Dream, Minnesota Lynx head coach Cheryl Reeve made sure to comment on the free throws shot by both teams.

This was not to complain, nor to claim a disparity. Coach Reeve thought it vital to note that they happened at all.

“We shot 52 free throws total,” Reeve said. “That hasn’t happened for us...combined, probably five games it would take us to get 25 or 27 free throws. There’s plenty of drive, so when you drive you can get fouled in this league, they’ll call fouls, you don’t get fouls on just post-ups. Anything goes when you’re trying to score as a post up player so [Sylvia Fowles] doesn’t get to the foul line, but the other players that were driving get to the line... So it was unexpected, we haven’t seen this many free throws in the league this year in one game.”

A Steep Drop in Offense

Reeve's diagnosis is correct on multiple fronts. She isn't just a coach advocating for her player. Across the league, there's been a steep drop in offense, and foul calls play a fundamental part in this.

But in examining the drop in WNBA offense, it's important to remember a number of factors, including a significant number of injuries, a potential carryover from a condensed 2018 season, and even coaching adjustments to a sharply different offensive approach.

So what's to blame?

Let's start with Reeve's idea, because it is significant. The issue of whether the league's elite post players are bearing the brunt of a league-wide effort to curb foul calls is pretty obvious from the data. Simply put: the league's best centers aren't getting calls as they once were.

Take free throw attempts per game. Sylvia Fowles had 5.2 of them last season, right around her career norm. This year? 2.7.

It led a puzzled Derek Fisher, head coach of the Los Angeles Sparks, to wonder aloud after a game against the New York Liberty last month.

“We're still trying to figure out how to come to grips with Chelsea [Gray] and Nneka [Ogwumike] going to the free throw line four total times,” Fisher said to reporters following an 83-78 loss. “As All-Star starters with as many actions [run], as many times they had the ball, as many times as they take the ball to the basket—I don't understand how that happens.”

Harm, But No Foul

One possible reason is an emphasis on contact in the post. WNBA head of officiating Sue Blauch flagged that before the season even started.

Let's take a look at what that meant for Sylvia Fowles. Back in 2017, this was the standard for contact leading to a foul call. There's nothing phantom about it; there's clear contact. And it meant an and-1.

Nor was this a one-off. Different game, this time a reach-in, and Fowles gets the basket and the foul.

There are multiple effects here. One is that players with superior moves, strength and talent, like Fowles, are harder to stop. But the other is that the contact, generally, is overall softer. Opposing bigs don't want to foul, and know they're going to be called if they do.

Contrast that with a 2019 Fowles play, where she's hacked by the help defender and then finishes through contact with no call. Later in the clip, pay attention to Brittney Griner, all over Fowles, who scores anyway—but does not get the and-1.

The net result is that the best players in the game are getting beaten up and rewarded less for doing the things they do best. Watch Delle Donne drive here in the third quarter against Dearica Hamby.

The contact is immediate. Delle Donne ends up on the floor. No foul shots for the best free throw shooter in league history. The impact on offensive numbers is obvious. Fisher, Reeve, and many other coaches have voiced their objections.

“I don't believe that officials are supposed to just blow the whistle because of somebody's last name,” Fisher said. “Just mathematically speaking, the best players have the ball the most times. They're involved in pick and rolls, cross screens, all of the action. It's just hard to imagine that they wouldn't get to the free throw line a little bit more...I just don't get it.”

Stars on the Bench

There are other factors as well. The reality is that many of the best offensive players from 2018 are not playing in 2019. Of the top 25 WNBA players in 2018 as measured by offensive win shares, five have missed the entirety of the season, including top overall win share leader and 2018 MVP Breanna Stewart.

Also missing are Diana Taurasi, Skylar Diggins-Smith, Sue Bird, and Maya Moore. Those aren't just five elite talents. Those are five number-one options on five separate teams, disrupting the offenses of nearly half the league with their absences.

That doesn't even account for the full impact of Dallas losing not just Diggins-Smith, but also Liz Cambage. Atlanta has played the season without its top scorer, Angel McCoughtry. The results have both teams shooting well below 40 percent, among the worst marks of any teams in league history.

Do not mistake the statistical blip with an indictment of the current offensive talent in the WNBA. The talent is there. The players can score, as the 129-126 All Star game just reinforced at the end of July.

So calling fouls on the interior won't bog down the game. It'll open it up. If you need proof, examine the numbers over the past few seasons as well as this current season to date.

Will the WNBA’s offense perk up? Don’t miss a moment—catch the entire season with DIRECTV.