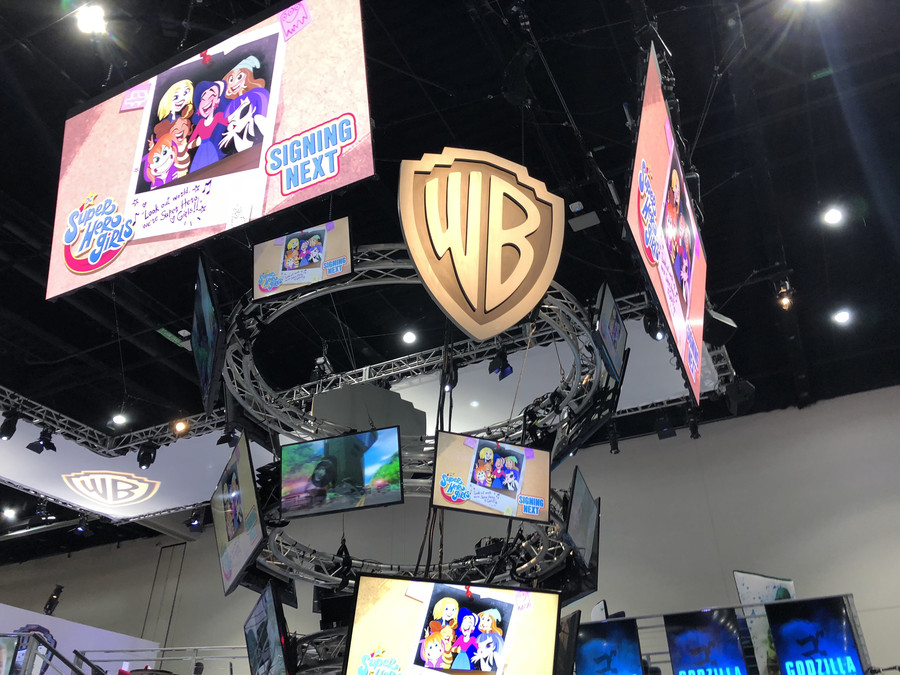 Today's Warner Bros. panel was one of the most-hyped events of Comic-Con, and it has not disappointed. Here are all the highlights:

Eddie Redmayne kicked the wizarding portion of the panel off with some light magic/cool tech.

And the audience got its first look at the new trailer for Fantastic Beasts: The Crimes of Grindelwald. There's a lot of quiet panic in Redmayne's eyes, some young Newt, and more Johnny Depp:

Feeling a little judged by Newt's greatest fear, though, tbh.

Do you even need me to tell you this is Ezra Miller pic.twitter.com/QHRseookuA

Wonder Woman Goes to the Mall

Retro is very in right now, and SDCC attendees got an exclusive first look at the '80s-set DCEU film starring Gal Gadot, Chris Pine (somehow), and Kristen Wiig. Director and writer Patty Jenkins told the crowd that she chose the time period because it was “mankind at its best and worst."

This trailer is just plain fun, with bright colors and goofy Zachary Levi (playing the titular Shazam, aka the adult co-star of the film). This first glimpse rightfully focuses on introducing the superhero, who isn't as well known as his aquatic and Amazonian DC counterparts.

Jason Mamoa's Aquaman got a much-anticipated official trailer drop. It's got everything: punching through swords, emotional backstory, a quick swim through Atlantis, Nicole Kidman (!), and Amber Heard's bright red hair. It's a fun few minutes, easy to see the James Wan influence on the DCEU.

There was only one disappointment for fans in attendance:

we all just lost bets pic.twitter.com/L3yZWhc5A6

Stay up to date on the DC Universe with DIRECTV.