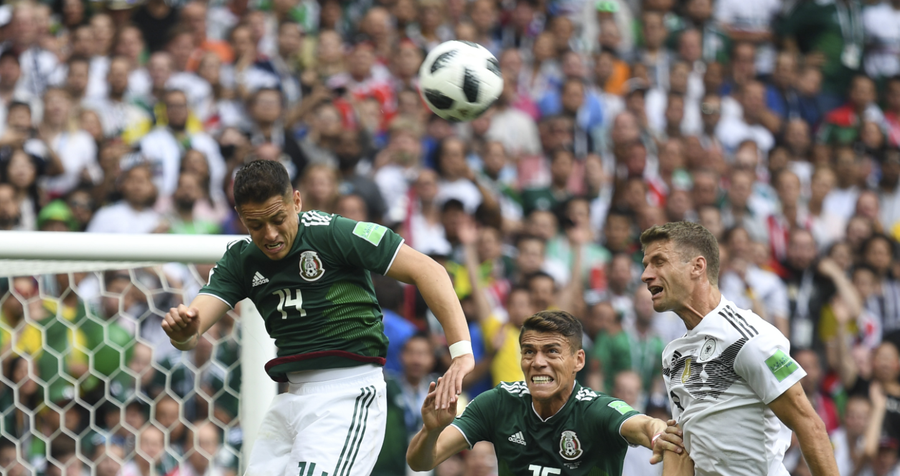 We are one week into the 2018 World Cup and this has been one of the more thrilling opening weeks of a World Cup in recent memory. Did someone say “stoppage time goals”? If you haven’t been keeping up with the action on and off the pitch, here’s what you may have missed.

"It's a big night for Russian football."

Since the groups were announced back in December, there has been endless speculation about how host nation Russia was somehow placed into such a favorable draw. Well the speculation will continue because, in its first two Group A games, FIFA’s 70th ranked team in the world absolutely dismantled Saudi Arabia and Egypt by a combined score of 8-1. Cue the “corrupt Russia” and Putin comments.

It’s not often that we are privileged to a group stage match-up between two teams ranked top 10 in the world. Spain and Portugal lived up to the hype and then some, treating us to a 3-3 thriller that included a Cristiano Ronaldo hat trick and this double-post rocket from Spain’s Nacho. If only the Group B match could’ve extended into extra time. A boy can dream.

The little Iceland that could

Iceland went up against Lionel Messi and Argentina, a country with more registered soccer players than Iceland has citizens, and “won” a 1-1 draw. In its first ever World Cup the Iceland team, led by a manager who moonlights as a dentist, is once again making some noise after its Euro 2016 showing. And I’m not even referring to the SKOL clap. In the words of the great Olivia Newton-John, this team is “physical” and will continue to operate on the pitch without an ounce of fear. If you like rooting for the little guy then this is a great team to watch, but don't tell them they're little.

It’s 3 AM in Moscow and Mexico fans are still celebrating their hero ?? pic.twitter.com/AqbOwZIwOU

This Mexico team knows it’s not the size of the dog in the fight, it’s the size of the fight in the dog. The obvious underdog in its Group F matchup with defending World Cup champ Germany, Mexico came out as the aggressor to score in the first half, weathered a late German attacking flurry and exited Luzhniki Stadium as the victor. A truly historic win, the postgame celebration was so raucous back in Mexico City that seismic activity was detected. Pray for the integrity of Earth’s tectonic plates if Mexico goes on to win its first World Cup.

The tournament is here! USA fans, our team may not be in Russia, but our neighbors to the south are. So join me and their proud #sponsor @WellsFargo to cheer on our other team, Mexico @miseleccionmxEN. ¡Vamos México! pic.twitter.com/YIifLGCT0D

As an American, while the games so far have been beyond entertaining, there is the lingering frustration of not watching the USMNT. In steps the advertisers to raise that frustration all the way to eleven. Companies like Volkswagen, 23andMe and Wells Fargo, who hired decorated USMNT star Landon Donovan as the Mexico team advocate, have focused their World Cup ad campaigns on recruiting U.S. soccer fans to cheer for other countries. Listen up, corporate America – we already have a team and that team pathetically failed to qualify for Russia 2018. Please don’t continually remind us of that every 45 minutes.

Let us know who you're rooting for below.