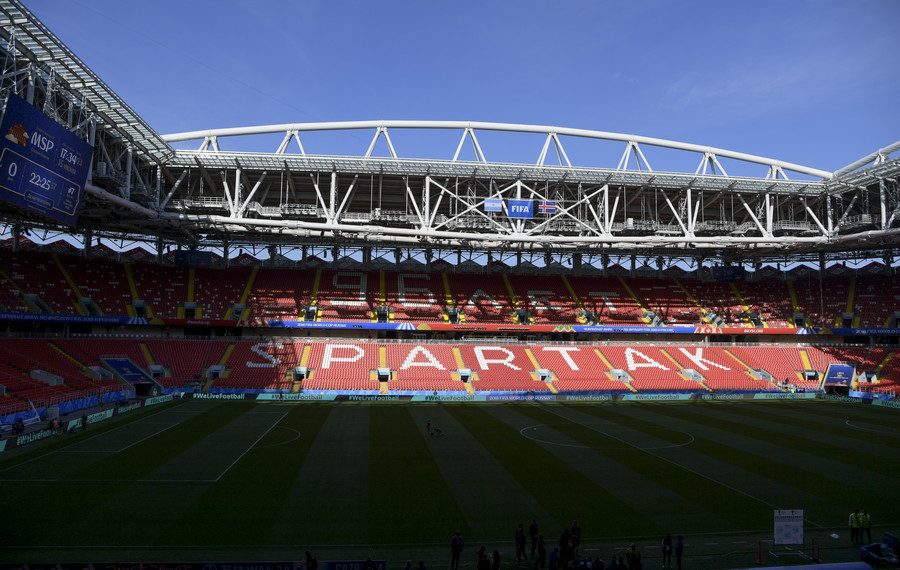 At Moscow's Spartak Stadium on Saturday, the cinderella squad of Euro 2016 took on the 2014 World Cup runner-up. The Iceland team used its physical defense to withstand an unrelenting Argentina attack to achieve a 1-1 draw, blowing Group D wide open.

The Iceland side, led by captain Aron Gunnarsson, came out at the initial whistle with a very clear strategy to limit the space Argentina had to work with the ball. Argentina was patient and content to maintain possession, allowing the Strákarnir okkar to press out at midfield and pack it in on the defensive end. After multiple free kick chances, La Albiceleste finally broke through in the 19th minute. Sergio Agüero was the beneficiary of a mishit, receiving the ball inside the box with multiple Iceland bodies around him, pivoting and impressively drilling the ball into the top left corner of the net. The Argentina lead, though, only lasted a mere 4 minutes and 15 seconds. On a swift Iceland counterattack, forward Alfred Finnbogason put the ball in the back of the goal off a cross from Ragnar Sigurdsson that managed to slip through the Argentina box. While Argentina continued to completely dominate the possession stats during the remainder of the first half, Iceland was confident in its strategy and satisfied to head into the locker room with the score knotted up at 1-1.

The Iceland team came out a little late from halftime, perhaps some gamesmanship, but Argentina continued to dictate the tempo in the second half. Argentina's opportunity to seize the lead arrived in the 63rd minute after a sloppy push in the box by Iceland defender Hördur Magnússon gifted Argentina a penalty kick. Messi, the obvious choice to take the penalty, had his try unexpectedly denied by a diving Hannes Halldórsson. Although discouraged, Argentina persisted with its relentless attack, only to become increasingly frustrated by Iceland's smothering physicality. In a last ditch effort to take the lead, Argentina tapped Gonzalo Higuaîn to enter the game in the final minutes, but once again Iceland's Halldórsson proved up to the task, diving to turn away Argentina's final strong shot on goal, giving his team the point it needed.

In a match where the Argentina side was in complete control, not coming out with three points is a huge disappointment. Once again, this team, specifically Lionel Messi, failed to take advantage of scoring opportunities on the international stage. All Argentina can do now is move forward after a frustrating 90 minutes against a strong Iceland squad. Iceland, on the other hand, should be sitting on cloud nine. This team is not flashy, but they know their identity, and if referees continue to allow the physical play we could very well see another Iceland run. The SKOL chant will continue to ring loud as long as the Iceland defense remains sturdy.