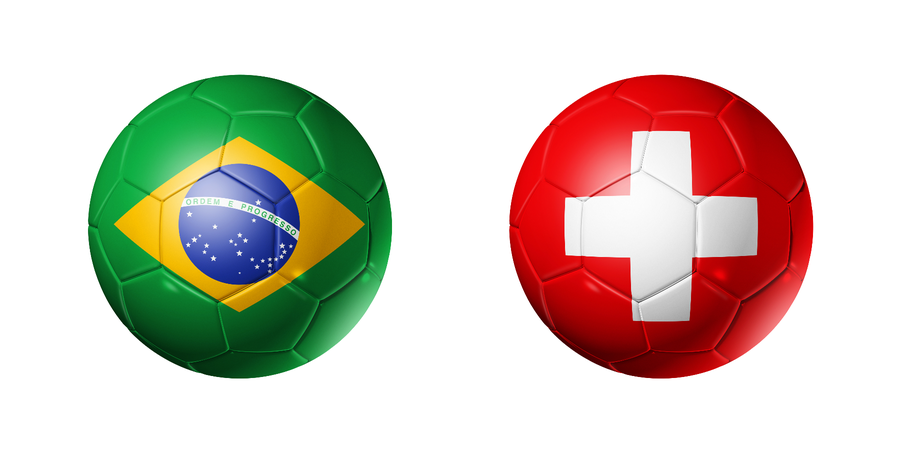 Amid the pageantry of anthems and flags and banners, Brazil emerged from the tunnel for its first performance of the 2018 World Cup, supposedly a team transformed by the managerial touch of Tite. Certainly fans expected as much, Brazil having lost just once in two years of qualifying matches. But the tournament favorites did not live up to their billing. Today it was Switzerland proud to win a point off the five-time world champions with a 1-1 draw before a raucous crowd at Rostov Arena in Rostov-On-Don, a port city in southwest Russia.

With the Swiss maintaining a slight edge in possession through the first half, the Seleção made the most of their early opportunities. In the 22nd minute, Barcelona midfielder Philippe Coutinho struck from just beyond the penalty area with a curling strike that rocketed off the right post into the back of the net, past the outstretched glove of Swiss goalkeeper Yan Sommer. The match settled into a comfortable back-and-forth for the rest of the half. In the 46th minute, Thiago Silva headed Brazil’s second corner of the half just over the bar, and the boys in the canary bright jerseys jogged into the locker with a one-nil margin.

The Swiss didn’t take long to recover. In the 50th minute Hoffenheim midfielder Steven Zuber equalized for Switzerland with a header from close range off a perfect cross from Xherdan Shaqiri after a Swiss corner. The Switzerland goal completely changed the complexion of the match. Shaken out of its comfort zone, Brazil slowly began to build the pressure against the Swiss back line. Neymar secured a free kick on the edge of the box in the 64th minute, when Fabian Schaer grabbed Neymar’s shirt as the PSG striker dribbled past. No goal emerged, but the foul and kick led to a flurry of Brazilian attacks around the Swiss area. Coutinho missed wide right in the 70th minute after a masterful first touch on a cross from Neymar. Neymar missed with a late header in the 88th minute, and Sommer made a tremendous save on a Fernandinho low header. A final free kick from Neymar in injury time produced nothing and the whistle blew shortly thereafter.

The Swiss committed 19 fouls, 10 of them on Neymar, who drew numerous yellow cards and free kicks against the opposition. However, the Swiss did an excellent job controlling the midfield, particularly in the first half, and parried Brazilian attacks with a firm and steady defense. Meanwhile, Brazil looked the less on form of the two sides, uncharacteristically missing passes and conceding possession. Brazil outshot Switzerland 20 to 6, but only four Brazilian shots were on target, an unusually low rate of accuracy.