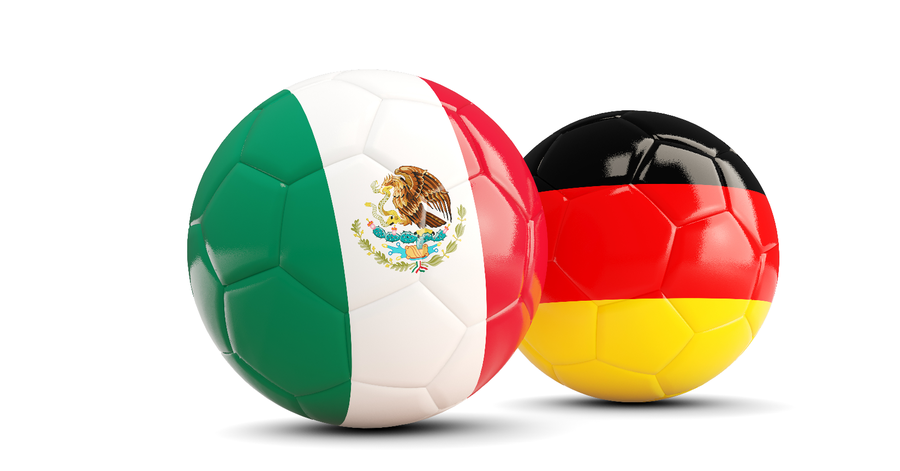 On Sunday, in the first step to defend its World Cup title, Germany stumbled. In front of a pro El Tri crowd at Moscow's historic Luzhniki Stadium, Chicharito (Javier Hernández) and the Mexican team shocked the world by beating Germany for the first time ever in World Cup play, 1-0.

The first matchup of Group F started fast, as we saw each side get a heavy share of early scoring chances. Germany, led by Toni Kroos, was methodical in its approach as usual, sustaining long possessions and managing to create strong shots on goal. Mexico, while losing the possession game, capitalized on an often forward-pressed Germany team by stretching the defense out with long balls served by goalie Guillermo Ochoa. Initially spoiling multiple uneven opportunities, Mexico finally broke the scoring drought in the 35th minute on a Hirving Lizano goal. Making a strong run up the left side, the 21 year old Lizano received a cross from Chicharito, cut back to put the ball on his right foot and buried it into the bottom left corner of the net. Minutes later, Germany's Kross fired a free kick off the Mexico cross bar, only inches away from evening the score. As they walked off the field at halftime, Germany looked a bit nervous compared to a self-assured Mexico.

Coming out of the break, it was uncertain whether Mexico would continue to attack or pack it it in on defense to maintain the lead. The answer was the former. Die Mannschaft continued to manufacture scoring opportunities, but it was evident that Mexico manager Juan Carlos Osorio had made the decision not to play it safe. That's not to say that Germany rolled over and gave up. The final 25 minutes was a never-ending German offensive onslaught, challenging a very busy Guillermo Ochoa who finished the match with an impressive 9 saves. In the end, Germany fell short, unable to slip any of their 25 shots past the Mexican goal line before the final whistle blew.

To say the scene in Luzhniki Stadium was emotional after the game ended would be a massive understatement. The Mexico players and fans all proudly exhibited a state of euphoric disbelief following perhaps the most important win in the nation's history. El Tri went toe-to-toe with a World Cup juggernaut and came out on top. This team has confidence, unmatched speed and a fire in its belly that hasn't been seen yet in this year's tournament. Let's just hope Osorio can get his team to refocus and push forward after a well earned celebration.

The loss is a tough pill to swallow for German manager Joachim Löw's squad, but this is not the end of the road. Still in control of its own destiny in Group F, the retooled German team is definitely still expected to make it out of the group stage and make some noise in Russia.