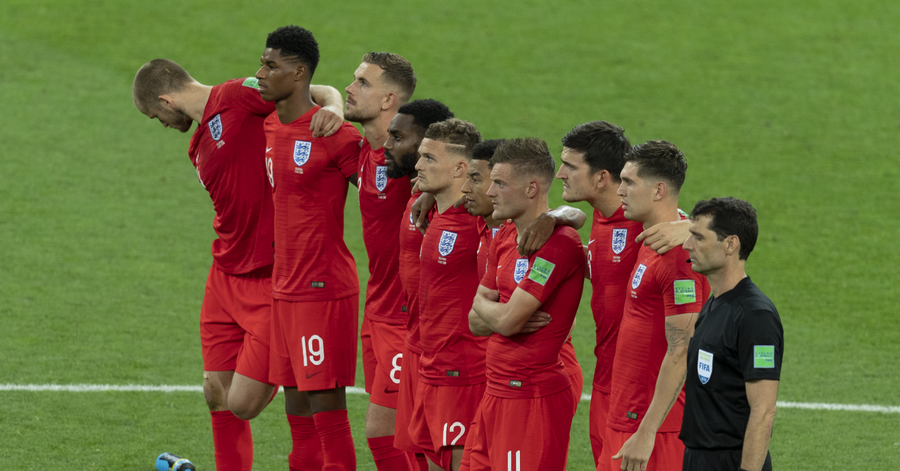 The third week of the 2018 World Cup has come to a close, with only eight teams left as we enter the Quarterfinals. Before the Round of 16 began, the prospect of seeing a Quarterfinals filled with seven European teams was very possible, but Uruguay’s continued strong play and Russia’s unlikely upset of Spain left a European contingency of only five left in the tournament. If you missed the nail-biting penalty kicks, the flop and all the tears, here’s everything you need to know before Friday and Saturday’s World Cup matches.

Let’s get it out of the way. Messi came up short again on the international stage and I’m not referring to his height. In all sports, great players are ultimately judged by their championships, and although Messi has been successful in his pro career with Barcelona, he has been unable to break through at a World Cup. Now to the match – The first contest of the Round of 16 was easily the most entertaining of the round. In an offensive onslaught from both teams, France, a team that seemed lost before the World Cup after its poor exhibition loss to the U.S., edged Argentina for a 4-3 win. France looks good. France looks very good. And no one is talking about it. The match was highlighted by two insane goals. The first was an Ångel Di Maria bomb from 40 yards out near the end of the first half. The second was this ridiculous rocket volley from Benjamin Pavard off a bouncing cross. Enjoy. They are both equally majestic.

Cavani one-times a curler into the back of the net to re-take the lead for Uruguay. pic.twitter.com/JZhmTqE1s4

Potentially burdened by the weight of his newly budding goatee, Cristiano Ronaldo and Portugal were sent home by a much stronger Uruguay squad, losing 2-1. The only consolation for Ronaldo is that he now has two bonus summer weeks to strut next to a pool in boxer briefs while he tans his thighs. Edinson Cavani played out of his mind for Uruguay, scoring both of the team's two goals, one of which was a very acrobatic header off a gorgeous Luis Suårez cross. You could’ve labeled Uruguay the slight favorite against France in the Quarters, but Cavani came up limping with a calf injury near the end of the match and his injury status is somewhat unknown. He will most likely either be available from the bench or not playing at all against France, which hurts Uruguay's chances.

On the seventh day, there shall be penalty kicks

Working from home has its benefits. Russia, in front of a very loud home crowd, pulled off the unthinkable, bringing the great Spain dynasty’s ten year run to a close on Sunday. Tied 1-1 after 120 minutes of intense play, penalty kicks were left to decide the winner. The penalty takers for both teams were extremely timid in their shot selections, not willing to test the corners of the net. The result? Multiple saves by flailing goalkeepers, including the game-winning save from Russian hero and goalie Igor Akinfeev. Russia went toe to toe with the mighty, experienced Spain and won. It’s amazing what passionate sports fans can will a team to do. Russia will now face Croatia in a battle of countries with underrated beaches.

Speaking of Croatia, this team never gets frazzled. Following the Spain vs. Russia match, Croatia weathered a potent Denmark attack to earn a spot in Quarterfinals. After giving up a Denmark goal in the first minute of the match, Croatia came right back to tie it up 1-1 only three minutes later. The score remained 1-1 into extra time, where Croatia was awarded a penalty kick in the 116th minute. With the ability to put the match away, Croatia’s Luka Modric was denied by Denmark goalie Kasper Schmeichel, leaving another 1-1 tie to be decided by penalty kicks. Croatia refocused after the miss, though, and won on penalties 3-2. The only negative about this match was that, just like in the day’s earlier match, the penalty kick attempts were not taken confidently, resulting in multiple easy saves. The players taking penalty kicks could learn a thing or two about visualization from Bobby Boucher. Tacklin’ fuel.

The flop heard ‘round the world

Neymar went to church and got some of that holy water. pic.twitter.com/XUNofyLGwI

Brazil beat Mexico 2-0. It was a decent soccer match and Brazil’s offense is fast. Enough recapping of the match. Let’s talk about the flop. The flopping during this tournament has been so ridiculous that you can begin to categorize it as its own category of performance art. Neymar’s flops, first the stop, drop and roll against Serbia and now the above Oscar-worthy performance against Mexico, are industry leading. In a matter of 18 minutes against Mexico, Neymar went from never being able to walk again to making a run and assisting on a Brazil game-clinching goal. The only explanation for the miraculous recovery is that the Brazil team trainers’ spray cans are filled with nothing other than Michael’s Secret Stuff.

What a second half. Japan controlled the pace of play over the first 68 minutes of the match, as the Belgium team was virtually asleep from most likely too many waffles at team breakfast. Then in the 69th minute, the sleeping giant awoke. Belgium quickly scored two goals to tie the match up at 2-2, running the Japanese defense ragged over the final 25 minutes. The Belgium game-winning goal was inevitable, coming in the final seconds of the 4th minute of stoppage time. What a dagger to the heart of Japan, who emptied their energy reserves to try and send this match into extra time. The emotion on the Japanese players’ faces after the match was truly heartbreaking. Japan should feel proud about its performance. Belgium should feel lucky it actually woke up to get the win. Belgium is the first team to win in a World Cup knockout stage match after being down two goals since West Germany came back to beat England in 1970.

The best thing that ever happened to Sweden was the Toni Kroos free kick to beat them in the group stage. This team has played with a Hulk-like anger over its past two games since that goal, except replace the green with yellow. Continuing to sit back on defense and take advantage of counters, Sweden turned away every chance from Switzerland’s relentless attack. It’s a rarity for a team to lose the possession match-up yet still appear so in control, but that’s what this Sweden team is built to do and it’s working. For the Swiss team, this loss really hurts. The team that Switzerland put together for 2018 was perhaps its greatest team ever, lead by the stocky, powerful Xherdan Shaqiri. Having not made the World Cup quarterfinals since 1954, Switzerland must wait four more years for another chance. Let’s hope they lay off the fondue.

Colombia had a chance to take down England on July 4th eve to give the United States a nice Fourth of July gift, but England beat Colombia on penalty kicks to move on to the Quarterfinals for the 7th time in its history. This match was a battle. The scoring didn't begin until Harry Kane fired a penalty kick straight down the middle in the 57th minute to put England up 1-0. Kane has been a penalty kick machine, running away with the Golden Boot Award unless Belgium’s Romelo Lukaku can put a few more in the back of the net. Colombia had its chances and finally knotted the score up 1-1 in the 93rd minute for yet another stoppage time goal in this World Cup. In extra time, both teams appeared to not take many chances and played for penalty kicks. Unlike the other two matches that went to penalty kicks, the players in this match stepped up and confidently hammered the ball on each opportunity. It took the full five shots from each team to decide it and England came out on top 4-3. If this England team can win it all, Harry Kane and co will definitely be knighted like the greats before them, such as Bob Hope, Steven Spielberg, Bill Gates, Michael Bloomberg and Bono.

Below is who’s left. Quarterfinals are next. Only eight games to go in this year’s World Cup. Don’t miss a single minute. Here’s the schedule.