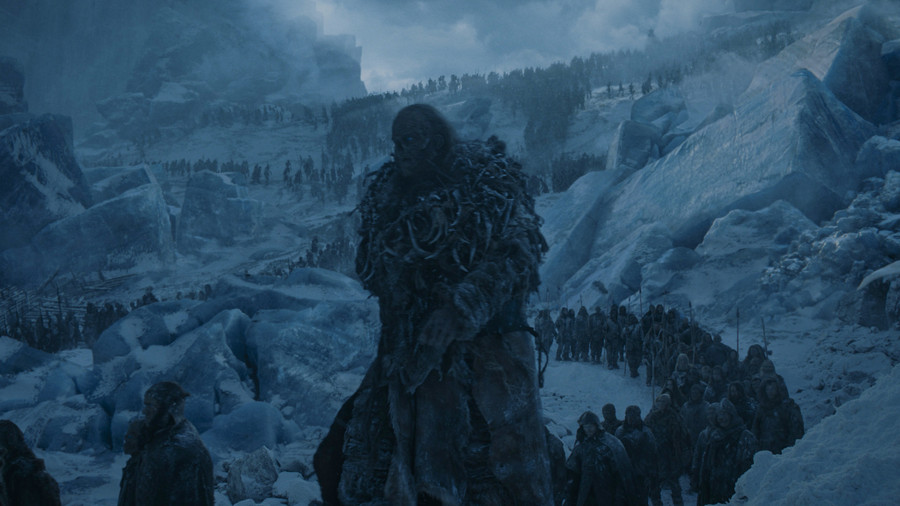 You Know You’re a White Walker If…

Forget the Iron Throne and the wars of the Seven Kingdoms: as winter sets in on Game of Thrones, all living men (and women) will have to set aside their differences and fight the real enemy. The White Walkers, a race of inhuman ice beings led by the Night King, pose a greater danger to the realm than even Cersei Lannister.

But who are the White Walkers? What do they want? Most importantly, could you be a White Walker? Read on to find out if you should join the Night King’s freezing ranks in his bid to put an end to the age of man and turn Westeros into The Land of Always Winter.

You know you’re a White Walker if…

Your name is...well, you have no name. At least not in the languages of men.

You may have been human, once, before the deep magic of the Children of the Forest accidentally transformed you and your followers into unstoppable ice monsters.

You think ice javelin should be a sport at the Winter Olympics.

You’d be cool if it was “sweater weather” every day.

You are not a wight. That's a whole different thing.

You're chill, but only in the most literal sense.

All ice is good unless it’s been shaped into an 800 foot high wall by a legendary Stark ancestor.

At the office, you’re constantly turning the A/C way up, because what is wrong with people and how can they work like this?

You’re one of those people that gets iced coffee regardless of time of day or ambient temperature.

You have a special talent: you can raise the dead (humans, horses, bears, whatever) and bid them join your terrifying army of wights as you march on the Seven Kingdoms.

In fact, if global warming is real, why is it cold today?

People call you mysterious. Your friends don’t even know your secrets. Also, you don’t have any friends. Maybe Craster, but he’s really more of a “work acquaintance.”

You’ve been denied entry to a public space just because it’s protected by ancient magic that repels the eldritch horrors you would visit upon it.

You’ve always wanted a dragon to raise as your fell beast, a mount that all shall dread and tremble to behold.

So you have trouble getting a tan. It’s fine. When people make fun of you, you can just kill them with an enchanted ice blade.

Your greatest fear? Easy. Azor Ahai reborn, the hero of the dawn who will wield the flaming sword Lightbringer to destroy you. Fortunately, there’s been no sign of him (or her).

Baby: the other wight meat.