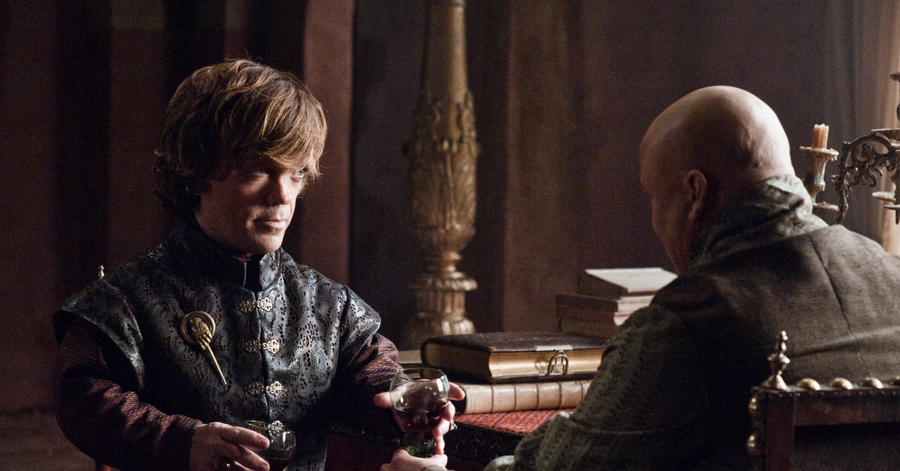 You Know You’re House Lannister If…

Have you ever wanted to be rich, famous, and blonde? Do you want it all? Do you have it all? There just might be a Great House for you: House Lannister of Casterly Rock, Lords of the Westerlands and "rightful" rulers of Westeros.

If you love bribery, booze, and blunt talk, read on to find out if you are a trueborn lion of Lannisport or a dirt farming smallfolk nobody. Because in the Seven Kingdoms, it’s West Coast, best coast, baby.

You know you're a Lannister if…

You were born to Joanna and Tywin Lannister of Casterly Rock, and your Oldtown-issued birth certificate says “Lannister.”

If that’s not you, don’t despair! You might also be a Lannister if you are a Lannister cousin, second cousin, or distant relation in Lannisport. There are lots of you.

You are green of eye and golden of hair.*

*In some cases, this is only possible if both your parents were Lannisters, perhaps even siblings.

You trace your bloodline back to Lann the Clever, who tricked Lord Casterly out of his ancestral home in the Age of Heroes.

You always pay your debts.

You wouldn’t say you have a dysfunctional family (because that would be an understatement).

Your father did not withhold love from you. He just taught you hard lessons about the way the world works. And see, you turned out fine!

You were baptized in the Faith of the Seven, but you only attend midwinter services and haven’t gone to confession in, um, ever.

Being named one of the seven greatest knights in the country is actually an insult to your family.

You’ve extinguished at least one lesser House who dared to challenge your authority.

You would do anything for your children. Spoil them, shelter them from the consequences of their actions, have hundreds or thousands of people killed to protect them…they deserve it. They’re good kids.

You understand the importance of maintaining a strong brand.

You decorate with all gold everything.

You’ve never even looked at a bill before paying.

You’ve made a servant cry.

You’ve made all your servants cry. (A high staff turnover merely means you have high standards.)

You know that wine is actually part of a balanced breakfast...and lunch...and dinner.

You tried to get out of a parking ticket with a trial by combat.

You can’t even guess the price of a flagon of milk at Lannisport market.

When a reporter asked you to guess the price of a flagon of milk at Lannisport market, the local press went wild. You burned it down and had the editors executed. It’s a flagon of milk, Tyrion. How much could it cost? Ten gold dragons?

For more telltale signs of Westerlands ancestry, don't miss the final season of Game of Thrones on DIRECTV.