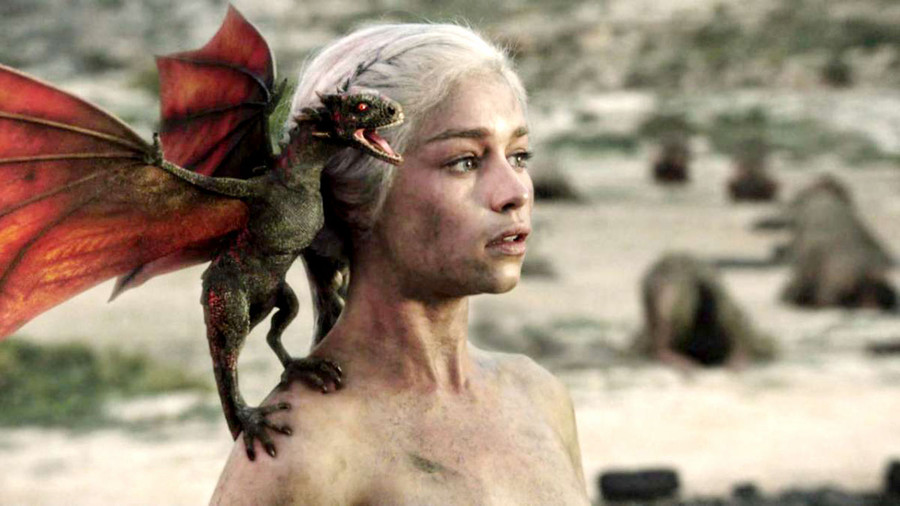 You Know You’re House Targaryen If…

If your Great House doesn’t trace its lineage to the Andals and/or the First Men, you might be a member of House Targaryen, the Valyrian dynasty that held the Iron Throne for three hundred years. Long ago, Aegon the Conqueror and his sisters swept the continent with three dragons, forcing the petty kings to bend the knee or be burned. The rest is history—and with Queen Daenerys on the scene, history could repeat itself very soon.

If you want to join the revitalized House Targaryen in their bid to retake the throne, read on to find out if you are the blood of the dragon.

You know you’re a Targaryen if...

You are the blood of Old Valyria, descended from the Dragonlords who fled the Doom and united the Seven Kingdoms of Westeros into a single realm.

You were born on Dragonstone, the ancestral seat of your House.

Or you were born in a storm-tossed ship off the coast of Dragonstone when your mother fled Robert the Usurper.

Or you were born in a secluded and carefully guarded location in Dorne and raised in Winterfell as Ned Stark’s bastard son, but soon the world will know the truth of your Targaryen lineage.

In your house, Robert’s Rebellion was called the War of Baratheon Aggression.

When you were born, the gods flipped a coin, and you were blessed with either greatness or madness. You’re pretty sure it’s greatness.

Your second cousins are also your first cousins, your third cousins, and your nephews.

Valyrian is your mother tongue.

Your pets freak people out, and not just because you refer to them as your "children."

You have haters. People talk about you. People spy on you. People try to assassinate you. Why is everyone so obsessed with you?

Someone has derisively referred to you as a “horse girl” just because you love Dothraki culture.

You’ve posted a family photo on social media with the caption “my siblings are so hot! love you guys.”

No one will play RISK with you.

You are a goth fashion icon: you’re incredibly pale but still wear black and blood red together, decorate with giant skulls, and buy twisty dragon jewelry from the “Enchanted Gifts” store at the mall that sells swords and light-up crystal balls.

Sometimes, you unwind by burning one down (a building).

You’ve been called a visionary.

Your exes called you crazy.

Your exes are dead.

Like many others, you were let down by the false advertising of Fyre Festival, though for different reasons.

In your younger days, you got really into bonfire. As in, got into the bonfire and stood there for a while, eliciting screams of shock that gave way to gasps of awe as the fire died down around your unburnt body and you birthed magic into the world anew.

Your direct ancestor created the Iron Throne by melting the swords of the conquered, and you will sit on it.

Are you Team Targaryen? Cheer on Daenerys and her dragons when Game of Thrones returns April 14 on DIRECTV.