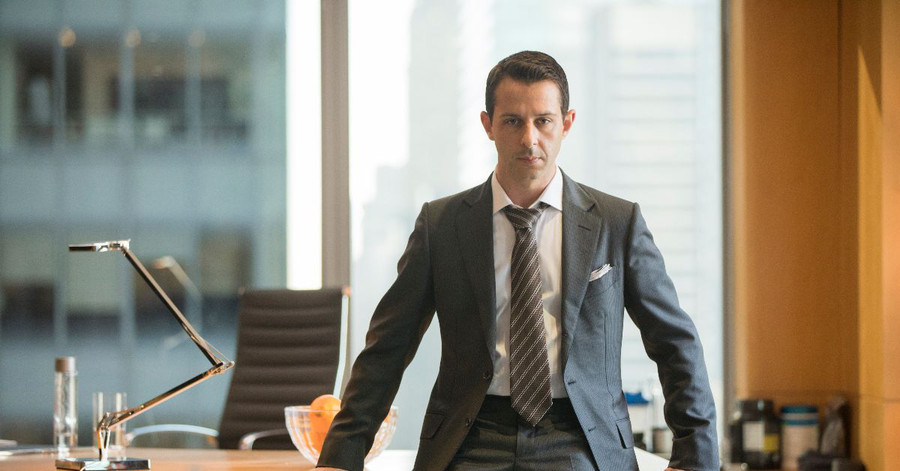 To everything there is a season. As we bid farewell to our favorite summer shows (don’t cry, Bachelor fans—you’ll be in paradise again soon), a new lineup of amazing fall TV is here to ease the pain. With a mix of fab freshmen and returning faves, this season’s schedule will have you and your friends fighting over what to binge first. Get caught up before the season starts, then mark your calendar so you don’t miss an episode.

The second season of the Ridley Scott-produced horror anthology follows the same formula as the original—take a horrific event from history and give it a genre spin. With Infamy, the series sets a mysterious ghost story in a Japanese internment camp during WWII, melding actual human atrocities with supernatural chills. One of the first television shows to highlight the sordid history of Japanese internment, Infamy features a cast populated with actors of Japanese descent, including George Takei, who was himself imprisoned in the camps as a child and serves as a consultant on the show.

Olivia Colman, fresh off her Oscar-winning turn as Queen Anne in The Favourite, is not abdicating the throne just yet. Season 3 of Netflix’s powerhouse period piece finds Colman picking up where Claire Foy left off as Queen Elizabeth II. The stellar cast includes Helena Bonham-Carter as Princess Margaret, and Tobias Menzies as Prince Philip. As if the new cast isn’t exciting enough, this season will also feature the breakup of Princess Margaret and Lord Snowdon and the introduction of Prince Charles to Camilla Parker-Bowles. Seasons 1 and 2 are available to stream on Netflix, so be sure to catch up on that juicy Windsor drama before the new season starts.

Mad About You (Spectrum Originals, November 20)

In case you hadn’t noticed, the 90’s are back. The long-awaited reboot of popular 90s sitcom Mad About You is set to grace our screens once again this fall. Paul Reiser and Helen Hunt reprise their roles as Paul and Jamie Buchman, empty nesters navigating life, marriage, and family with warmth and humor.

Mike Schur’s big-thinking morality comedy enters its fourth and final season this fall, and, according to Schur, that’s how it was always meant to be. The much-beloved show will bring Eleanor Shellstrop (Kristen Bell) and her friends to the end of their philosophical afterlife journey on its own terms. Looking to binge before the big premiere? Seasons 1 and 2 are available on Netflix, and season 3 can be streamed via NBC.

This acerbically witty comedy about a media mogul family was criminally under-watched in its first season, but don’t underestimate it in its second. Starring the legendary Brian Cox (and his gravitas) as Logan Roy, the founder of media and entertainment conglomerate Waystar Royco, the series follows the Roy family as they look ahead to their father’s retirement. Catch up on season 1, available to stream on HBO.

Ruby Rose stars as Kate Kane, Bruce Wayne’s cousin, who dons the mantle (and the leather suit) when the Caped Crusader abandons Gotham City. An out lesbian street fighter with a passion for social justice, Kane must overcome her own demons before she can become the hero Gotham deserves.

Based on the Archie Comics character of the same name (and not to be confused with Batwoman protagonist Kate Kane), Katy Keene follows an aspiring fashion designer (Lucy Hale) as she and her friends try to make their mark in NYC. Also featuring singer-songwriter Josie McCoy (Ashleigh Murray, reprising her Riverdale role), the musical comedy-drama will explore the professional and romantic lives of struggling artists who dream of bigger things. It’s Sex and the City for the Riverdale set. Let’s just say we’re...keene...on this one.

The famous teen sleuth is back and better than ever. Eighteen-year-old Nancy (newcomer Kennedy McMann) finds herself in a whole heap of trouble when she and her friends accidentally witness a murder. In order to prove themselves innocent, she and the gang must team up to nab the real culprit. College will have to wait.

Talk about daddy issues. Almost Family tells the story of Julia Bechley (Brittany Snow), a young woman who believes herself an only child — until she discovers that her father (Timothy Hutton), a fertility doctor, has secretly impregnated over 100 clients with his own sperm. Now Julia and two of her newfound half-sisters, Edie (Megalyn Echikunwoke) and Roxy (Emily Osment) must figure out what to make of their unconventional, ever-expanding family.

You know that girl who gets so wrapped up in her relationship she ends up neglecting her friends? (If you don’t know her, you might be her. Unmute that group text, sis.) Dollface, the new Hulu comedy starring 2 Broke Girls alum Kat Dennings, is a story for that girl. Dennings plays a woman who, after being dumped by her long-time boyfriend, uses her imagination to help reconnect with the female friends she left behind. Executive produced by Margot Robbie and co-starring Shay Mitchell (Pretty Little Liars), Brenda Song (The Suite Life of Zach & Cody), and Esther Povitsky (Crazy Ex-Girlfriend), the series is a star-studded journey to re-enter the world of women.

Slaughter that fatted calf, because Fox’s Prodigal Son is coming home this fall. Prolific producer Greg Berlanti (Dawson’s Creek, Riverdale, the list goes on) delivers a serial killer drama with a twist. The titular son, Malcolm Bright (Tom Payne), is a genius criminal psychologist whose dad (Michael Sheen), happens to be an infamous killer nicknamed “The Surgeon.” Family dinners are gonna be awkward.

Legendary rapper, music producer, and de facto leader of the Wu-Tang Clan RZA is bringing his Midas touch to television. His new Hulu show chronicles the group’s formation in the height of the crack cocaine epidemic in New York City in the 1990s. Starring Shameik Moore (Spider-Man: Into the Spider-Verse, The Get Down) and Ashton Sanders (Moonlight), Wu-Tang: An American Saga introduces audiences to the young members of the Wu-Tang Clan and tracks their rise as one of the greatest hip-hop groups in music history.

Ken Burns’s new eight-part, 16-hour documentary series comes at a timely moment for country music. With Lil Nas X’s country-trap hybrid “Old Town Road” sitting pretty as the longest-running Number 1 in history, the question, “What is country music?” has never been more relevant. Burns seeks to answer it with help from all of your country idols, including Dolly Parton, Reba McEntire, Willie Nelson, and many more.

The second spin-off of Kenya Barris’s sitcom juggernaut Black-ish, Mixed-ish tells the story of matriarch Rainbow “Bow” Johnson’s experience growing up in a mixed-race family in the 1980s. When young Bow and her family move from a hippie co-op into a typical suburban neighborhood, she and her siblings must navigate a world that desperately wants to label them either black or white.

On Becoming A God in Central Florida (Showtime, August 25)

In a country where the heiress to a billion-dollar multi-level marketing company is a Cabinet member, On Becoming God in Central Florida is a bit of dark comedy catharsis. Kirsten Dunst stars as a minimum wage-earning water park employee who lies, cheats, and schemes her way up the ranks of the cult-like pyramid scheme that put her own family in the poorhouse.

With Game of Thrones concluding its epic run, Amazon is making a major play for the swords-and-sorcery crowd. A massive Lord of the Rings prequel series is in the works, but first, there’s Carnival Row. Orlando Bloom returns to the genre (minus the ears and wig) as Rycroft Philostrate, a human detective who reconnects with his more-than-human ex (Cara Delevingne) as he investigates a string of murders in a fantasy version of Victorian London. Guillermo del Toro penned the pilot episode, so look out for his stylized horror stamp.

Showrunner Damon Lindelof (Lost, The Leftovers) promises HBO’s new Watchmen series is not a recreation of the beloved 12-issue comics series. Instead, the show, led by Oscar-winner Regina King, will explore an alternate version of America, where superheroes and masked vigilantes have been outlawed for excessive violence. In a television landscape littered with gritty superhero stories, Watchmen asks, “What if we took maybe the grittiest graphic novel ever and went grittier?”

Executive producers Robert and Michelle King (The Good Wife, The Good Fight) handle sensitive subjects with a deft hand. Their work explores partisan politics, racial injustice, and even the frenetic political climate of the 2016 election. Now, the Kings are taking on evil — in a manner of speaking. Evil follows the unlikely investigative duo of a skeptical psychologist (Katja Herbers) and a devout priest (Mike Coulter) as they try to discover the truth behind supposed demonic activity.

Kal Penn executive produces and stars in NBC’s new comedy Sunnyside, named for the historically-diverse Brooklyn neighborhood in which it is set. Penn plays disgraced councilman Garrett Shah, who finds purpose in helping a group of recent immigrants, each striving for their own version of the American Dream. If the subject matter sounds more serious than comedic, don’t be alarmed. Sunnyside walks the line brilliantly, rendering a rare television experience that feels both hilarious and important.

The title of Philip Pullman’s series of fantasy novels comes from John Milton’s Paradise Lost, but, for many fans, HBO’s new television adaptation will be paradise found. (It had to be said.) In other words, people are really stinkin’ excited to see skull-crushing polar bears, plucky kids, sinister plots, and vaguely Victorian balloonists brought to life. Dafne Keen (Logan) stars as Lyra Belacqua, a young girl who sets off on a mission to rescue her kidnapped friend and discovers a conspiracy connecting parallel universes, Arctic exploration, weird science, and the immortality of the soul. James McAvoy (Split) and Ruth Wilson (The Affair) also star.

Lush historical drama lovers, our time is now. If you love The Crown, Netflix’s sumptuous series about England’s longest-reigning queen, be sure to check out HBO’s sexy new miniseries about Russia’s. Helen Mirren, who previously played Queen Elizabeth II in The Queen, returns to the throne, this time as enlightened empress Catherine the Great. Catherine was famous for ushering Russia into its Golden Age and infamous for ushering lovers into her bed, so don’t be surprised to see a little royal bodice-ripping.

Whew. That's a lot. Luckily, you have all season long to take it all in. Catch all your favorite shows new and old, this fall on DIRECTV.