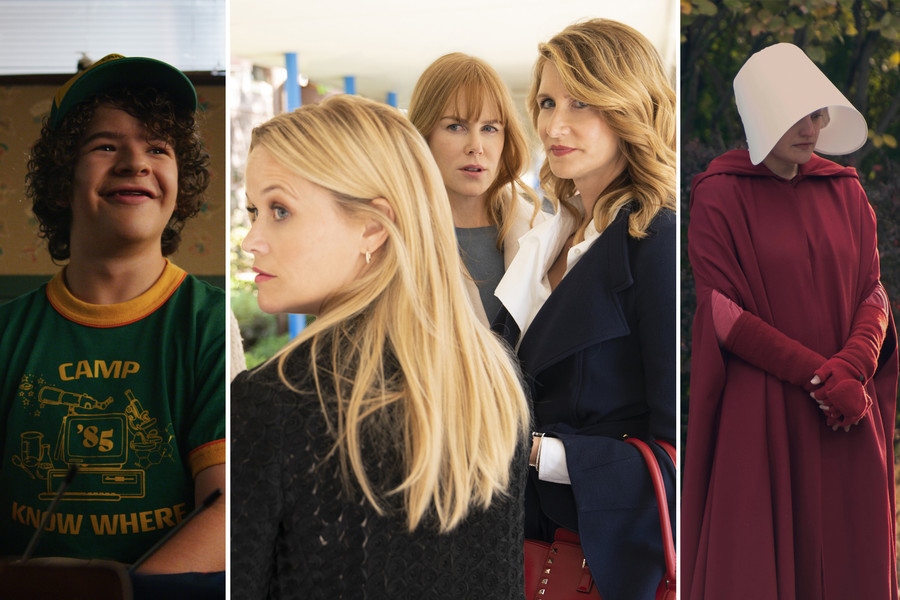 Bring on the binge watching.

Until the advent of cable and streaming services, there used to be nothing to watch on TV in the summer but reruns. But these days, there’s no shortage of fresh summer programming. This summer will see the return of some of your favorite Emmy-winning series, including HBO’s Big Little Lies, Netflix’s Stranger Things, and Hulu’s The Handmaid’s Tale as well as the introduction of new prestigious limited series such as Showtime’s The Loudest Voice and Hulu’s Four Weddings and a Funeral.

“This summer will be crowded,” says Michael Schneider, senior editor at Variety. “There are so many big franchises that will be coming back this summer. It feels more like the fall TV season than the summer season.”

To help you sort through the many options and plan ahead, we have created an essential summer TV viewing guide, in chronological order:

The critically acclaimed series returns for its third season with three new episodes on Wednesday, June 5, followed by a subsequent episode each Wednesday. Season two wrapped with Emily (Alexis Bledel) fleeing Gilead for Canada with the aid of Commander Lawrence (Bradley Whitford). In a heartbreaking Sophie’s Choice-type decision, June (Elisabeth Moss) allowed them to take her newborn daughter with them as she stayed behind in Gilead to find her older daughter, Hannah. With the show’s new tagline, “Blessed be the fight,” we can almost hear the rumblings of rebellion echoing through Gilead. As more states pass stricter anti-abortion bills, some might say the dystopian series hits a little too close to home. But that’s just one of the reasons it’s so powerful.

Black Mirror fans are eagerly awaiting season five of the science fiction anthology series, which will drop on June 5 with three new episodes featuring Miley Cyrus, Anthony Mackie (Avengers: Endgame), and Topher Grace (BlacKkKlansman), respectively. The latest installment comes less than six months after the special, interactive Black Mirror: Bandersnatch, which was released in late 2018. Technology, including the impact of social media, artificial intelligence and virtual reality, will continue to play a key role in the series’ storylines this season. Look out for Cyrus poking fun at her own persona as a performer who goes to unusual lengths to attain more fame.

The White House thriller starring Kiefer Sutherland was canceled by ABC at the end of its second season. It’s now been resurrected by Netflix, which has been streaming the first two seasons and will launch season three on June 7. Per Netflix, the new season “will explore today’s world of campaigning, smear tactics, debates, campaign finance, and ‘fake news.’ Democracy, as we know it, will hang in the balance.”

The “Monterey Five” are back for season two, but now there are six. The star-studded cast including Reese Witherspoon, Nicole Kidman, Shailene Woodley, Laura Dern, and Zoe Kravitz adds another A-lister with Meryl Streep joining the team this season. Streep plays the mother of the late Perry White (Alexander Skarsgård), who is onto the fact that there’s more to her son’s untimely death than his widow, Celeste (Kidman) is letting on.

In the third season of Stranger Things, which hits Netflix on July 4, the Hawkins crew takes on an even scarier demon than the Upside Down: puberty. It’s the summer before high school and Eleven (Millie Bobbie Brown) and her friends are dealing with interdimensional terror and hormones. Expect romance and more Demogorgons to complicate the group dynamic further.

Orange is the New Black

In the seventh and final season of Jenji Kohan’s groundbreaking series, Piper Chapman (Taylor Schilling) is out of prison and trying to figure out how to adjust to the civilian world. Meanwhile, her friends are left behind.

Four Weddings and a Funeral

Inspired by the ‘90s rom-com of the same name starring Hugh Grant and Andie MacDowell, this mini-series from co-creator Mindy Kaling reboots the original with entirely different characters. But she promises the show will deliver four weddings and a funeral.

And as always, there’s at least one wild card to round out the summer schedule. On Aug. 7, Fox will launch BH 90210, a reboot of ‘90s hit Beverly Hills, 90210 featuring the original series cast (minus the late Luke Perry). The meta-series, in which actors Shannen Doherty, Jason Priestley, Jennie Garth, Ian Ziering, Gabrielle Carteris, Brian Austin Green, and Tori Spelling all play semi-fictionalized versions of themselves reuniting for a Beverly Hills, 90210 reunion, could appeal to nostalgic viewers.

The Evolution of Summer TV

Summer wasn’t always so chock full of television options. Traditionally, broadcast TV networks aired new programs in the fall and sat summer out. Then cable networks filled the summer gaps with new programs at a time when networks were airing reruns.

For the most part, nowadays, the broadcast networks stick to game shows and reality TV series in the summer and have found success with the formula. “Because there is so much competition in streaming and premium cable, it’s less advantageous for them to release their big guns in the summer,” says Schneider.

With game shows and reality TV series, the broadcast networks have “found a low-budget way to keep the lights on as opposed to running repeat after repeat,” according to Schneider.

Streaming services aren’t reliant on ad dollars the way broadcast and cable networks are. Therefore, they aren’t constrained by traditional TV seasons and have found viewers will watch the most addictive shows regardless of the season.

“The old idea of the networks putting the ‘Gone Fishin’” sign in the summer is no longer true. The thought back then was that people are on vacation, they’re outdoors, they can’t watch TV over the summer. But, of course, now people can watch TV wherever they are—on their phone or their iPad,” says Schneider. “If anything, instead of bringing summer books to the beach, they’re just going to watch The Handmaid’s Tale or Big Little Lies.”

This article was written by Paula Bernstein from FORTUNE and was legally licensed through the NewsCred publisher network. Please direct all licensing questions to legal@newscred.com. 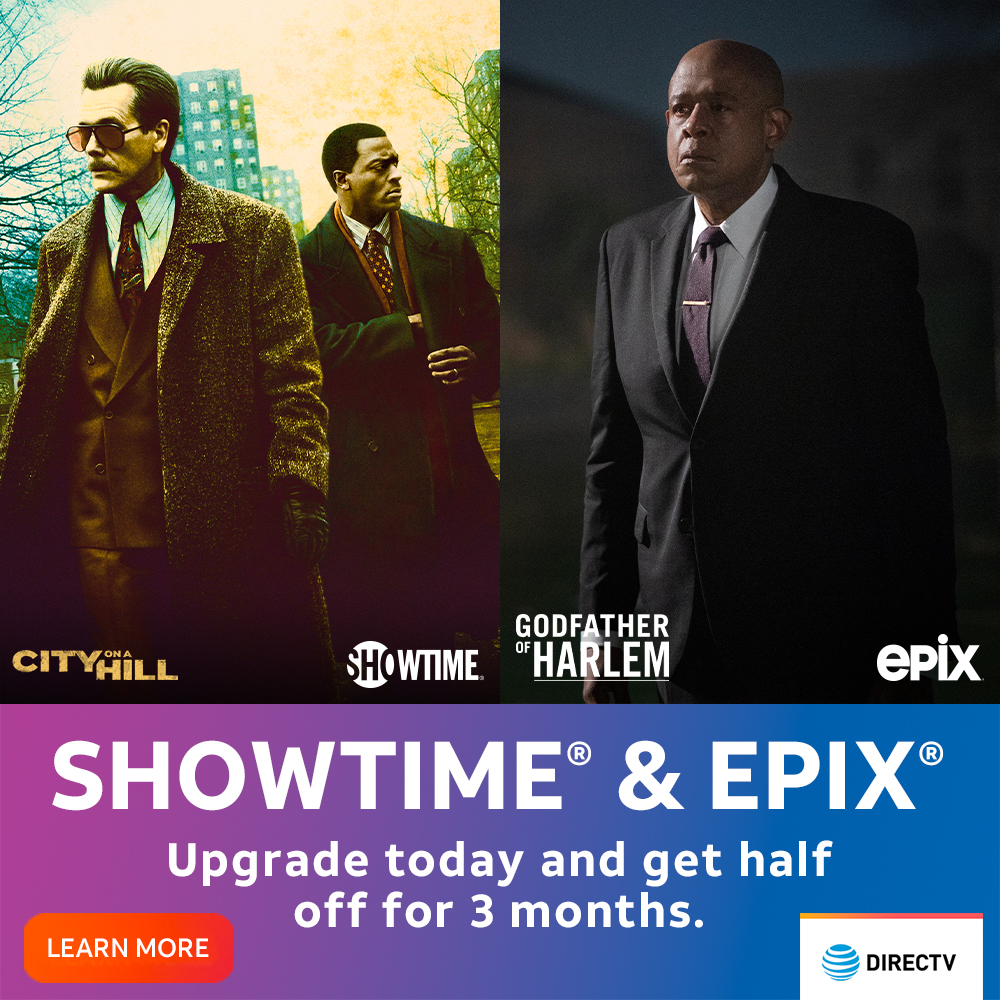